Myths can’t be translated as they did in their ancient soil. We can only find our own meaning in our own time. ~ Margaret Atwood

What every mobile app developer Philippines, as well as the web designers and developers in general, must know is that there are responsive web design myths out there. Don’t misunderstand, but responsiveness has immense benefits. Nonetheless, these myths or simply misconceptions can be a great barrier to proper planning, scoping and executing the responsive project.

Now is the perfect time to bust these myths!

1) Responsive web design is all about mobile.

While the idea of making websites and applications responsive stemmed from the proliferation of mobile device usage, responsiveness is not all about mobile. Case in point: There are different devices and different level of usage. Not to mention, the different kind of users. All of these must be considered when making a site responsive.

Another important consideration is the content. The approach in presenting the contents matters as well. As such, the goal of being responsive is to increase the design’s performance. For instance, if the site takes forever to load on an iPhone carried to the beach, the user will immediately abandon the site regardless of how well-written and informative your contents are.

Importantly, there should be a shift in context. Being responsive means being available and accessible wherever the user may be.

2) Responsive web design is impossible for each use case.

First things first. Use case refers to a list of steps that define the interactions between the user and the website. The interactions are diverse and usually depend on the goal of the user. Some examples of goals are: finding the exact business address, finding the operating hours, finding the product similar to brand X and so on.

A responsive website means that the site is responsive regardless of the user’s goal. This means you can be responsive for finding the business operating hours and you cannot for finding the exact business address. Responsiveness must work for all situations to truly achieve a great user experience (UX).

Not so. The problem with some web designers and developers is they determine the breakpoints first or the exact width of the device that they would target. For instance, 320px and 480px for smartphones and 768px and 1024px for tablets. Wrong!

Now, some developers even ask, “which device(s) should I target?” The answer is none. Responsive websites should be made available to as many devices as possible.

Don’t ever forget that mobile devices of varying widths are continuously launched at the market. Don’t you think it is a little silly to design a website at 480px and made it available for a 767px device because 480px is where the breakpoint is set? 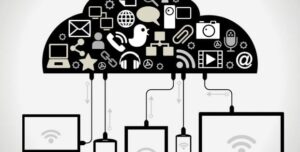 Again, not so. In fact, this can be considered as the biggest flaw of responsiveness. Let’s admit it, making a site responsive presents some serious typography challenges. This does not mean, however, that because the website is responsive, the typography should suffer.

For one, if a developer will think more about the typography than the device, it is possible to build a responsive website with the right fonts and sizes. After all, the developer should have the users in mind, right?

Contents must be readable. If typography is not considered wholeheartedly, the entire site may lose its meaning and intent in the process since the users are not able to consume the contents. As such, relative units must be used to ensure the readability of the written contents.

Not true. The premise of designing responsively is making the site accessible. Period. What’s the point of putting contents on the site only to hide it from the users? It will never be a good idea to hide contents on the design. Not even in the navigation areas.

Perhaps the idea stems from the available screen real estate. This is the same reason there is a need to arrange your contents based on its importance. Put the most important contents at the topmost part so that the users will see them first.

When building a responsive site, the frameworks that the developers are working with are usually not built for working well with images. This is especially true because the images are typically larger than their container sizes. There will be a need to tone them down so that the images will fit inside the grid.

In reality though, the bigger the image, the bigger the chance of toning them down up to 50% of their original size depending on the device use. There is no need to scale an image up or down just to fit any given screen. The rule of thumb is using a pixel ration of two especially for heavy images.

What developers should do is to test the responsive web design on various devices. However, it will be absurd to even think of testing the design on all devices available in the market today. That is not feasible and impractical.

Not because we said that the philosophy is ‘design for all,’ you will implement it. Not to mention, a brand has hundreds of devices, each of which has its own variations.

To sum it up, making the site available for the users at any given point is now possible through making the website responsive. Reaching out to the majority of your target user is where lies the real importance. Treat responsive design as a solution and forget about these myths.

How to Make a Strong Start in the Business