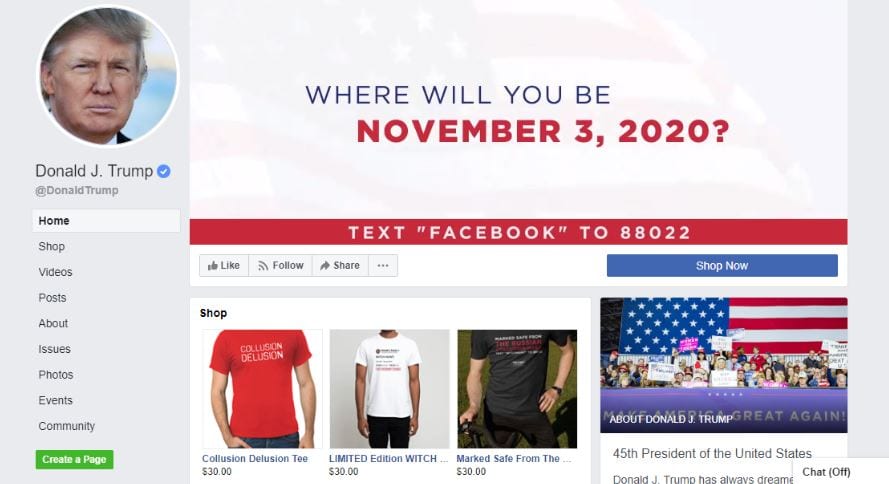 The 2019 mid-term elections is a few days away from now!

The election period in the Philippines is one of the most grueling and, at times, gruesome time not just for the candidates, but also for the Filipinos who bombarded with TV and radio ads, among others. It’s hard to unsee them.

Times are changing, though. If you’ve been following the campaign since the last quarter of 2018, you have seen sophisticated the politicians are nowadays.

Indeed, the debates are happening not on town halls, but on the virtual world with the help of a well-intentioned digital marketing agency.

Digital marketing is a fundamental tool in serving a senatoriable’s propaganda or advocacies, for instance, in front of as many people–the voters–as possible.

Conveying a political message across to the voters is the challenge that can be addressed by going digital. And why not? More than 67 million Filipinos are using the Internet and more than 40 million Filipinos use Facebook while 10 million uses Instagram.

Also, in 2018 We Are Social Report, it is said that Filipinos spend 3 hours and 57 minutes on Facebook every day. With this, every second a candidate stays away from social media particularly Facebook is a chance away from convincing the voter to vote for him or her.

Further along, digital is an opportunity for the politicians to reach their target audience and at a fraction of the cost. Traditional media advertising can be very expensive.

In the Philippines, a candidate needs to spend Php45,000 ($866) per second for a political ad on TV. The price varies depending on the time it would be shown. During the campaign period, one in every three ads we see on TV is a political ad.

While political ads on TV are important in reaching undecided voters late in the election period, the digital platform is every other candidate’s ally. This is especially true for candidates who cannot fork out the mentioned amounts.

The advent of the Internet is it opened new ways of promotion. Digital marketing is one of these ways. Below are some of the ways it can enhance any political campaign.

If the voters would see the consistency in messaging across all platforms, they’d have a second look at the platform. With this said, these channels also present an opportunity to put the platform front and center.

Additionally, the channels are the venue for engagement. When a candidate open his or her campaign online, there is a high probability of connecting with them at a more personal level.

The digital platform can be the promotion and communication arm of a candidate. Although a candidate may have one concrete political message, how he or she speaks to her target voters may vary.

For instance, social media is perfect for connecting with nontraditional and younger voters aside from reaching a broader target audience. Inviting them to show up on events is possible, for example.

Then again, the most important message is the overall platform. The voters need to understand the reasons for voting for a particular candidate. The question to answer is: What’s in it for me?

No matter how well-put political messaging is, however. If no one gets to see it, it’s useless. The people need to hear your plans before they decide to vote for you or not.

What is good about political digital marketing is it can highlight the candidacy platform as well as the candidate.

Hyper-personalization is the virtual equivalent of the traditional house to house campaign. Private messaging is one way to do this. Although a more realistic approach is through targeted groups.

On a more technical term, hyper-personalization is also possible through IP targeting. This is of good use among candidates who are vying for local positions.

They can use advertising to display ads to the target audience through geographic settings prior to deploying the ad, for example. In this way, you’d only get to display the ads to those who are more likely to be converted as voters.

IP targeting and other forms of ad placements online are paid features, though.

Since the connections are more personal, the success of the digital campaign will be measured by who wins the election.

During the entire campaign period, however, one can see who are among the audience is on this politician’s side are who are on the other side of the fence. The latter is more true.

There are silent supporters that can be tracked using hashtags, for instance.

As already mentioned above, traditional advertising is costly. This is where the value of digital political campaign comes into play.

Digital can be the sole strategy or a complement of the traditional strategy. TV ads can be possibly curated and uploaded on the candidate’s social pages at no cost.

Candidates may have to spend if they want to boost their posts or updates. Boosting now enters into the Filipino vernacular which means paying the channel to display the update as an advertisement.

The best part about boosting is deciding on a budget while reaching more targeted viewers. Unlike TV ads, digital content are consumed on the voters’ leisure time. That is because you can also set the times when to show the ads.

Tracking and monitoring are possible with digital marketing as well. There are many tools that can help determine whether a specific strategy such as video marketing brings in more eyeballs compared with micro-targeting advertising.

When political campaigning, it is rather easy to fall into the trap of mudslinging. The Filipinos are historically exposed to this strategy.

However, the digital platform encourages the politicians to rethink their strategy. Instead of focusing on the loopholes, past mistakes, and weaknesses of the rivals, he or she may learn a thing or two from him.

It takes as simple as visiting the competitor’s online channels to determine and analyze the extent of his or her virtual presence. The necessary next step is to align with the other party’s strategies by owning and improving it to suit one’s own campaign tactics and strategies.

The other party’s digital implementation can be your gauge especially on evaluating what strategies are working for you and not. This can be considered as a form of spying, but one has several benefits to your campaign.

Donald Trump’s 2016 presidential campaign is the most astonishing political digital marketing success story to date although it was the former President Barack Obama who first utilized social media platforms in making his political views heard by the voting public.

Thanks to Brad Parscale, his digital director then and who will also manage his 2020 campaign, the voters’ sentiment turned in favor of Trump. Trump’s camp has $100 million of advertising budget, much of which was devoted to spreading the presidentiable’s message to the voters.

Facebook was perceived as an essential ally. For Parscale also, Trump is “great product,” promoting him on social media would be an easy job. The campaign was also to source grassroots supporters particularly those who contributed to the already substantial political budget (although still small on average). These supporters contributed a total of $280 million, making Facebook an effective fundraising platform.

Other than the supporters, Facebook allowed the campaign to tap and engage with a broad audience. The same applies to Twitter, Snapchat, and the search giant, Google.

Campaign advertising was also included in the portfolio, buying digital ads so more people will get to see every update posted on various social and search platforms.

The digital-first approach proved to be economical because of the greater reach that is not always possible with traditional TV advertising.

The digital team’s priority was the content of the ads and targeting. The Custom Audiences tool helped in targeting advertisements to reach the actual voters through psychometrics analysis. They then combined the results with another tool, Lookalike Audiences, to widen the reach.

Facebook implements ads auction throughout the campaign with a priority on content that can elicit higher engagement levels in terms of clicks, shares, and comments–the vanity metrics.

A/B testing was also conducted, testing more than 175,000 ad variations daily. The most provocative content tend to have the highest engagements.

Like Trump’s White House win, President Rodrigo Duterte also tapped the power of Facebook in winning the Malacanang Palace in 2016. The first stage of the political campaign was to create a social media plan for increasing the Filipinos’ awareness of who Rodrigo Duterte is.

Part of the strategy was creating a persona for the Davao Mayor–the hard-hitting alternative starting with “Bisaya naman” messaging. The presidentiable also has clear instructions: package him as authentically as possible. His compassionate side was the highlight, though, while normalizing his tough-talking side. What he had achieved in Davao was emphasized as well, especially in the ads. His leadership skills appealed to the voting public.

It is not necessarily the keyboard army that won him the presidential seat. Humans are used, not bots. This is precisely what Nic Gabunada, Duterte campaign’s social media director, has said.

Virality also figured into the campaign strategies. The most crucial hashtag was #mydutertestory, encouraging the public to share their own story that involved him. Stories from real people showing real emotions resonated best with the voters.

Ultimately, social media followership became a movement of its own. The last parts of the electoral campaign centered on encouraging the Filipinos to go out and vote.