Skip to content
Home » Google AdWords Changes: What You Need To Know

Google AdWords Changes: What You Need To Know

Ever since the Internet took off many years ago, the fields of marketing and advertising have also changed dramatically. Google AdWords has been at the forefront of online advertising, providing a way for advertisers to reach their target market online.

Google has never been one to sit back and relax – its many products and services are constantly being updated and changed. In typical Google style, there are a bunch of changes to AdWords which was recently launched on April 22. Below are some of these changes to help you get acquainted with them. 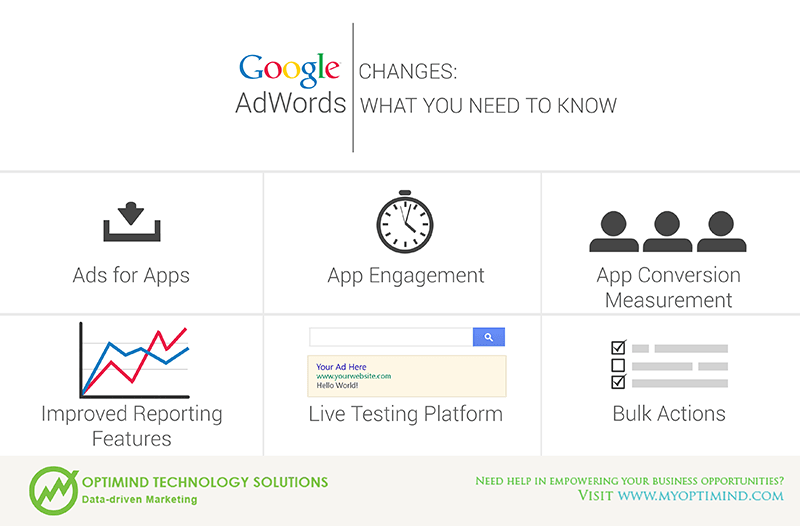