How to Retain Users after Launching Your Android App 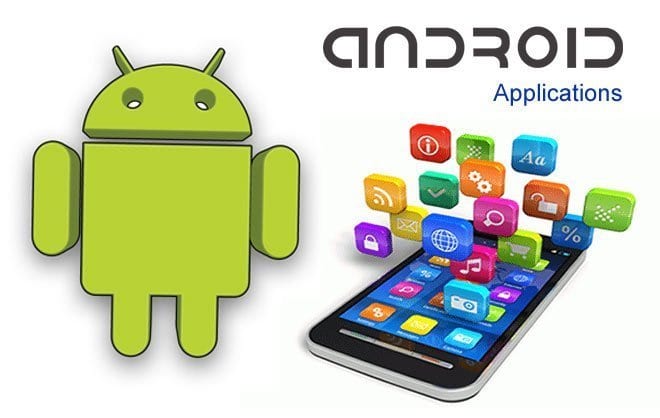 You already have launched your Android app, so what’s next? How can you ensure that it will last for as long as you want it to last? Whether you like it or not, most people, who usually install and use an app on a regular basis (they can’t live without ’em apps), is going to abandon it afterwards. And the reason? A general lack of interest! Not to mention, the irritating bugs found on the app, which makes it more reasonable to uninstall a particular app. Retaining a user is going to be a challenge on every Android developer’s end.

Valuing users is a very important consideration; every app develop needs to understand that. These might sound daunting and challenging on your part. However, if you know effective techniques on how you are going to maintain a high-quality traffic, then you might save and retain users from uninstalling an app. Although some app users are determined to uninstall your app like RIGHT NOW, you can still stop them. But the real question is, HOW?

Understand your users; talk to them

The necessity and usefulness and the overall interestingness of an app matter to most Android app users. These are the three basic factors you should consider when designing, developing and launching an app. One of the reasons why most users uninstall an app is that they don’t see any usefulness of the app. They don’t see it as highly relevant. Yes, your app might be engaging them, but is it also useful to them? If there is one factor that is missing on your app, users will be so willing to abandon it without any hesitations at all.

A brief talk to your users about a particular issue that needs to be addressed would not hurt your time and effort. In fact, this is the time for you to know what they want you to incorporate on your app for it to improve. One of the best ways to know the relevant issues is to talk to the users who have your app lower ratings. Of course, you also need to talk to those who are open and vocal about the app features and what they lack. When you know where they are coming from, you will understand where and what needs to be improved exactly.

Moreover, for you to fully understand your users, you have to know first who your target users are – whether it is really for just about anyone or exclusively for particular users. With that, determining and narrowing their concerns would be much easier for you.

Merely launching your app is not a guarantee that it’s all going to be successful in the long-term. As an android app developer, you have to know that every single day should be an innovative day. Do you know what’s more interesting about being innovative? You’ve got to brainstorm about what hot, new, interesting, and engaging feature you can add to your app. But let’s admit it, not everyday ideas are going to cooperate with us.

Users are more attracted with an app where they are captivated with its interesting features. In addressing their concerns, there are companies that do a regular update; let’s say, every two weeks. Aiming for a regular update will serve as a personal motivator to most users, guiding their expectations as well. Usually, they will expect a timely and interesting feature update from your team.

Updating an app feature might be a hassle, but there are tools that are worth using and adopting when attempting to minimize the gap between each update. You can use an automated testing such as Jenkins, which can automatically run tests on features and changes on your app. In this way, you can make feature update faster without dealing too much with bugs and broken codes.

Another tool you can use to prioritize your workflow and maximize the value you send out with each update is the issue tracker. For some Android developers, they use the JIRA as their tracking tool. While for some developers, especially those who are working alone or freelancers, using of Trello is a good alternative. With the use of these tools, it helps you monitor your backlog and organize your releases with minimal hassle.

Aside from the tools mentioned above, you can also use Git. It is also a control system tool used in managing the selective integration of new features in time for a release. Moreover, the code branches can be selectively merged back into the main code base, when it is the time to create a release.

No such thing as second impression; make the first Impression count

One of the reasons your app has gradually decreasing its user ratings is due to the lack of user engagement. On average, about 77% of users are no longer active after just one week of installing an app. That’s according to a survey conducted by Quettra. However, a good impression can actually save your app from having disappointed users.

Again, as an android app developer, highlighting the factors that can grab the user’s attention is a must for you to include in your app’s features. Your aim is to focus on the usefulness, interestingness, necessity, – the three factors noted above – and the functionality of the app, which is the fourth most important factor, if not the most important. As much as possible, your application must be user-friendly to impress them more.

Optimizing your app is one of the things you can do to provide more value and gain better insights into how users are engaging with your app, in general. The more interesting your app features are, the more people are likely to retain and use your app.

Take a second (or third or fourth) look; re-evaluate the app

A static app means a no good app. You cannot successfully launch your app when it doesn’t have the features that your potentials users should find appropriate and interesting. Definitely, the demands of your user matters. That is why, we adhere to their request and opinion on what’s good and what’s not. Indeed, re-evaluating the features and functionalities of your app is one thing, but you also have to consider your user’s behavior and approach towards the app.

While re-evaluating, you will eventually find some minor and major considerations and issues when it comes to the updates of your app. Well, it is a must for you to think critically and creatively to come up with a better idea for the next update. Consider the suggestions and opinions of your users; these will help you and your app grow in a competitive world of Android apps.